You couldn’t have thought of a better stage. The Solvay Library, in Brussels, Belgium. Where some time ago, famous science pioneers such as Albert Einstein and Marie Curie gathered up to discuss breakthroughs and discoveries that will shape science and medicine for ever.

On the eve of the 8th of October 2018, pharma top execs, biotech inventors, EU officials, patients and journalists all celebrated in that very same place the 10-year anniversary of EUCOPE, the European association representing small and medium-sized companies active in biopharma and medical technologies.

Setting up a European association from scratch and blowing the candles out of the 10-year birthday cake is quite an achievement. Alexander Natz, EUCOPE’s founder and Secretary-General got the celebrations rolling in a passionate welcome speech, echoing the introductory remarks of EUCOPE Chairman Jan Smith – Abigo Medical AG – on the remarkable growth of the organisation. 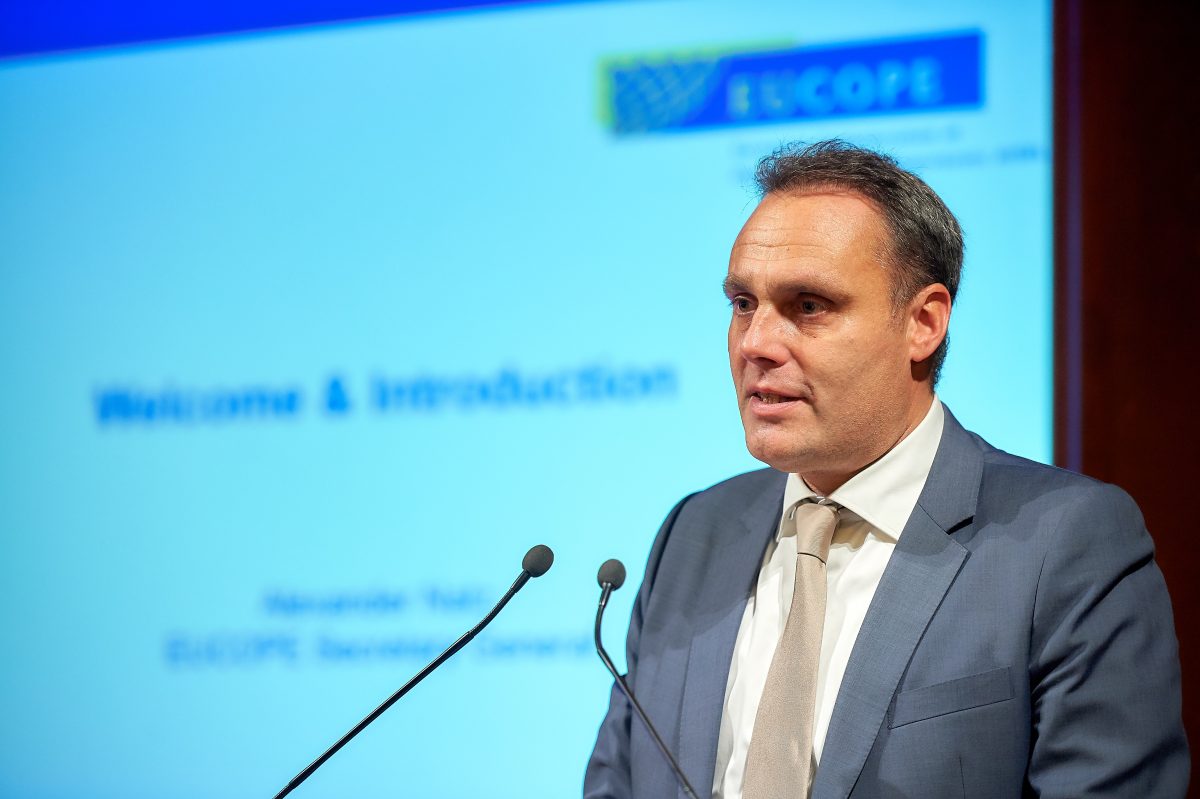 An Outlook to the Future

Alexander’s words clearly set the tone for the event: taking stock of the undeniable milestones achieved by EUCOPE (from 7 SMEs in 2008 to 116-member companies ten years later), but more importantly, giving an outlook to the future and its medical promises. The very nature of EUCOPE’s membership is indeed forward-looking. Half of our members are engaged in developing today’s and tomorrow’s rare disease treatments. And 10% are working on gene & cell therapies so that tomorrow, we can cure some diseases with, for instance, revolutionary one-off treatments.

“[…] The growing contribution of smaller firms to innovative healthcare technology, with more than half of SME-developed medicines authorised over the past 10 years containing a new active substance” EUCOPE Vice-Chairman Gilles Pluntz – Ferring Pharmaceuticals – . 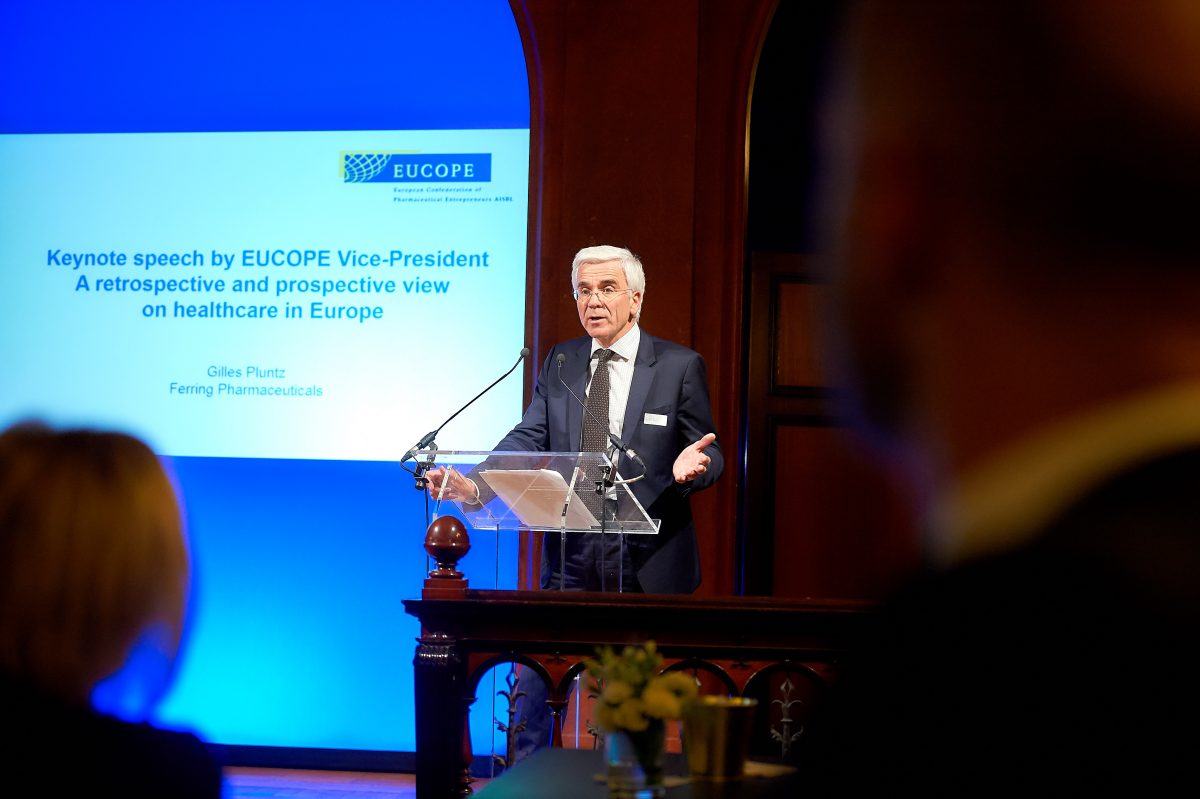 But smaller companies have specific needs. As stated by Kai Joachimsen – BPI, the German association of pharmaceutical industries and a founding member of EUCOPE, “Small firms do not have the capacity to deal with heavy and burdensome legislation. It is using time and energy that should be put into innovation”.

Sharing the perspective of our smallest member company (with a staff of 7), Eric Van Hooren, from Xenikos, underlined the barriers that are still blocking the way of very small companies that want to develop a new therapy, citing notably the lack of support for investors and fundraising. Barriers nevertheless overcome by Eric and his team, as their treatment for Acute Graft versus Host Disease, related to transplant rejections finally reached patients in The Netherlands.

Because patients are at the center of our members’ foci and EUCOPE’s attention. We were delighted to have an incredible patient advocate, the Wonder Woman of her kind, Jasmin Barman, Researcher and vice president International Porphyria Patient Network, sharing her own personal story.

Patients at the Center

When Jasmin was diagnosed with porphyria and confronted by the lack of information about her disease, she decided to research her own condition, while contributing to the creation – in parallel – of the Swiss association for porphyria patients and of the International Porphyria Network. If you’re looking for an everyday hero, look no further. 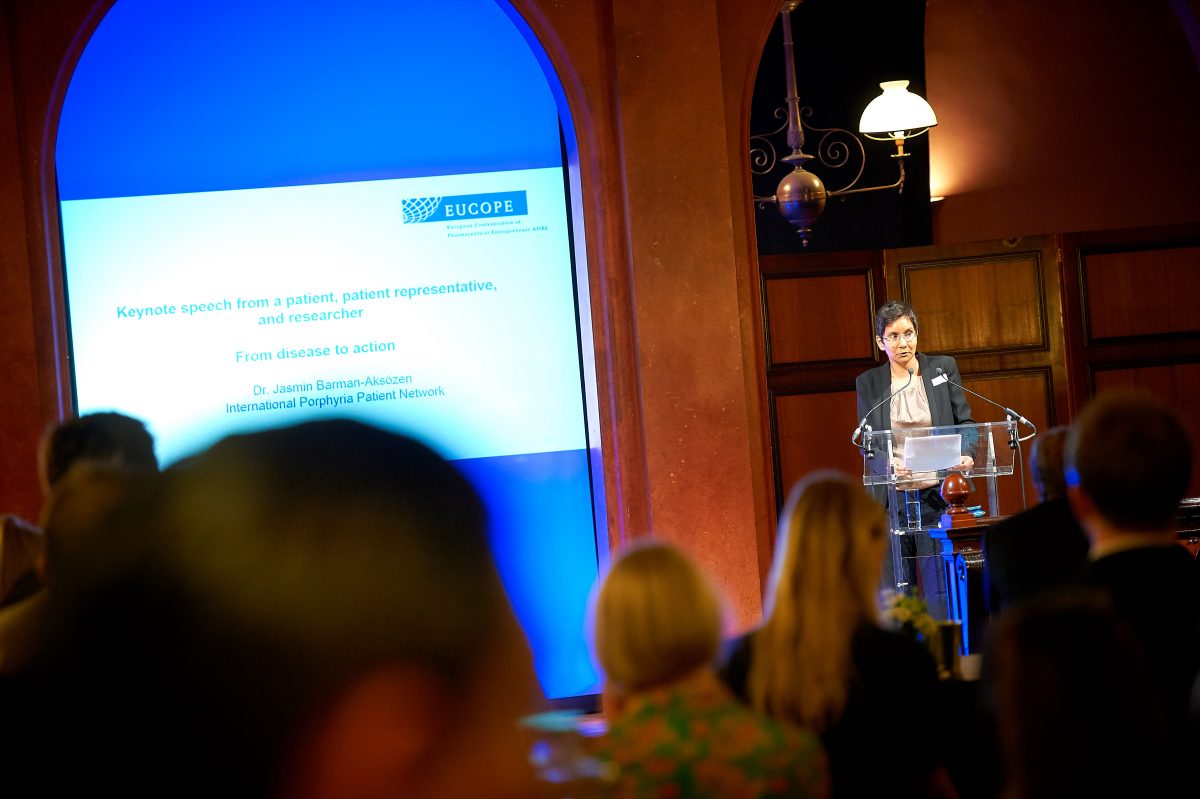 Sharing your Vision for the Future of Health

Two interactive displays were proposed to the audience. A multimedia touchscreen featuring some of the most interesting treatments developed by our members, and a banner presenting the different milestones of EUCOPE’s history, with a blank space for invitees to note down their vision or wish for the future of healthcare and our organisation. 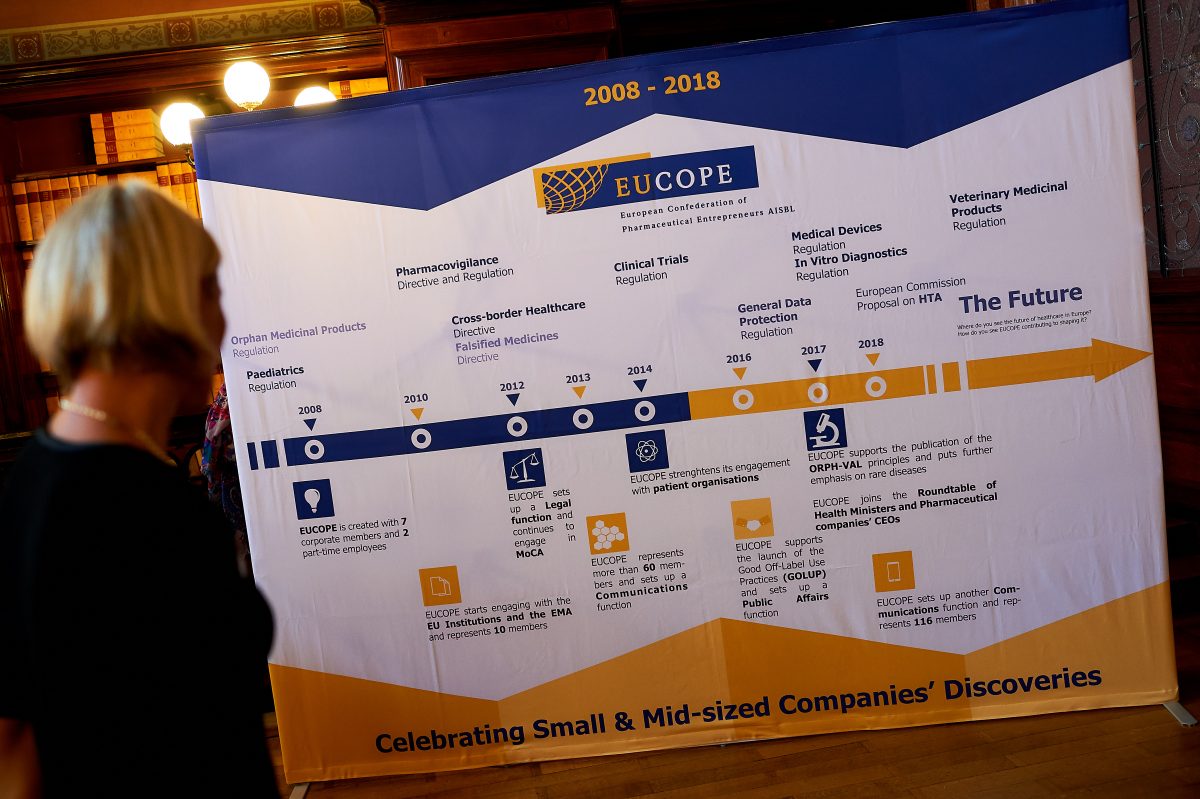 There are many reasons to feel optimistic about the future of health in the EU. Above all because of the prospect of revolutionary treatments and new innovative solutions for patients in Europe, as demonstrated by the vivid examples from our members.

But most importantly, the future of health in Europe will be decided, or designed by innovators, by policy makers, by patients, or by citizens. The very same that step foot in the Solvay Library that night of October 2018.